THE MOWGLI IN US!!

November 20, 2010
We all know Mowgli…. the human child brought up by a pack of wolves in the jungles of … Not a child is untouched by the sheer thrill of that call of the wild…!!
This is a narrative of one such Mowgli….
One day, when he was rather an impressionable adolescent, he came across a wandering mendicant in the forest. For a while, he clambered along the tree-tops, silently following the slow tread of the bearded ascetic… wondering at the strange serenity of what appeared to be an aged one of the species. As far as he knew, these human things travelled through the forest only in packs, and that too, in a great, fear-filled hurry. So, the sight of this silent, smiling old man, meandering along, listening to the music in his own soul, made him curious…
After a while, when he had decided that this old man was not thinking of summoning Sher Khan, Mowgli dropped down lightly in his path and growled in greeting. The old man smiled at him and put out a hand. Obligingly, Mowgli sniffed at it. And nearly stumbled back in shock! A human, smelling of flowers…! Aah! Realisation dawned. This old one must have been brought up by the forest, too…just like him.
Mowgli relaxed. In silence, he loped alongside the mendicant, feeling the peace of the forest.
Pretty soon, they got talking. Rather, the old sage held forth, and Mowgli grunted along, which seemed to make the sage happy enough….
“As you can see,” the sage wound up at last. “Love and hate are the same emotion, on two different sides of the spectrum. Maybe at the ends of the spectrum…I guess. But what if the spectrum itself was an endless circle? Then love and hate would be the same, or intermingling… with no difference in their intensity! Just the difference of feeling each emotion…. You like one, and you don’t like the other…or maybe, you even like the other! Ha, ha, ha!”
Mowgli jittered happily. The sage leaned down and patted his tresses. “Thus,” he concluded. “Saying ‘I love you’ is essentially what you mean when you feel compelled to declare ‘I hate you’…!”
Mowgli was completely floored! This old one was so familiar… somewhat an odd mixture of Bagheera and his Father Wolf! He could almost hear the webs of affection spinning him in…
At the edge of the forest, Mowgli stopped. But the mendicant strolled on, comfortable with his musings and the smell of flowers. Mowgli watched him make his way down the gentle mountain-side, feeling glad that he has made a new friend.
Years later, Mowgli was grown up. He did not know it, but we know he had an identity crisis. We know he thought himself a wolf-cub, trying to fit in with his tribe of origin, the smelly humans. But Mowgli himself was not very bothered; maybe just a wee bit frustrated…. very, very wee. He knew he could relate to these two-legged critters. He knew they were astute, imaginative, and loving…oh! so loving. Only sometimes, he got frustrated with their fear. He wished he could show them how to leap the wolf’s leap… clear across the ravine…. or how one could stand quiet at the top of the craggy hill in the middle of the night, staring at the shifting hues of a full moon. But he was not very worried, in any case, because he remembered the old mendicant… and his words. Especially his words, when he met that beautiful, lissome girl from the neighbouring village…
It took him a lot of quieting of his heartbeats to coax that girl up to the peak of the craggy hill one fragrant, moonlit night. He could speak her language now. He would tell her what he felt. He picked up her hand and placed her soft palm on his unruly heart. Staring at the pooled moonlight in her eyes, he whispered, “I hate you…!”
______________________________________________________
Mohini Basu is an independent wellness mentor, spiritual coach and a tarot card reader. She is based in Mumbai. She can be reached on mohini.tarot@yahoo.com 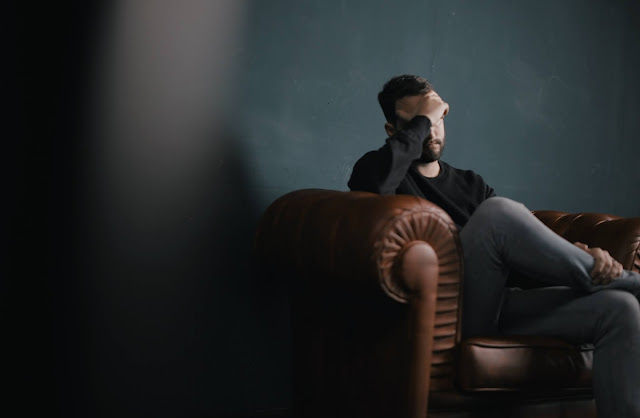 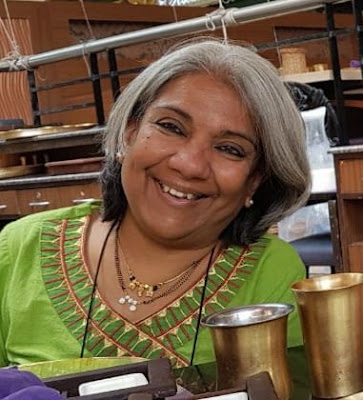 Suchita Ullal is an entrepreneur with a difference. Her entrepreneurial pursuit started when she retired and felt a little lull. As cooking has been her passion, she thought of sending homestyle nutritional food to the elderly (She still wishes to do so!). Her interest in manufacturing artisan soaps started, around 4 years back, while she was sending some organic soaps to her son abroad. She was looking to explore food business earlier but a visit to an organic store made her think if she could make soaps. The quest linked her to someone who use to teach soap making, in Bengaluru, India (where she is based. As a curious learner, she enjoyed learning this new skill and subsequently this led to her start-up, simply named as “ Suchi’s Handmade Skincare Products ” . She started selling the soaps and promoting the brand through weekly flee markets and through spreading of word and then there was looking back. Majority of her customers are women and perhaps they buy for the entire family.